Fondation Braillard Architectes > In the wake of failure
Retour

In the wake of failure

Project management and development of public spaces in Geneva
Publications

At the dawn of the 21st century, the people of Geneva rejected two major urban development projects in quick succession. The first concerned the Place des Nations, the second the Place Neuve, two strategic locations in the city. This succession of failures of the policy led by the authorities in terms of urban planning was traumatic at the local level. However, the process that led to these rejections has not really been studied. As a result, the lessons that are publicly drawn from it remain meager and formulaic.

Carried out over one year by the Braillard Architects Foundation, this research suggests reopening the files. To better understand the reasons behind these failures, it focuses its analysis on the project management. It shows the flaws in defining the public interest, in both cases.

The Place des Nations project is “upside down”: it proposes a solution before adequately defining the problem to be solved. During the organisation of the competition (1994–1995), the analysis of the territory and the identification of the players concerned by the operation were clearly insufficient. Difficult to reintegrate into the rest of the process, these analytical lapses are what made the project fail during the 1998 referendum and vote.

The rejection, shortly after, of the development project for Place Neuve demonstrated, according to some commentators, that a concerted approach (there were three rounds of consultation between 1995 and 1997) did not work better than a top-down process like the Place des Nations project. In reality, this consultation essentially resulted in raising opposition to a largely predefined project and therefore did not allow the problem to be addressed substantially. Under such circumstances, as demonstrated by the outcome of this process, the agreement tends to be very precarious.

This study insists on the fact that project management in the area of public spaces is not reduced – in Geneva as elsewhere – to the simplistic alternative: “for or against consultation”, but rather presupposes a series of procedures allowing for a coherent definition of the public interest. Based on reflections carried out at an international level, also pointing out some recent initiatives in Geneva, this survey concludes with a brief inventory of these procedures. It thus intends to contribute to fueling the debate on urban planning in Geneva, and perhaps to get it out of a rut that is not an abyss. 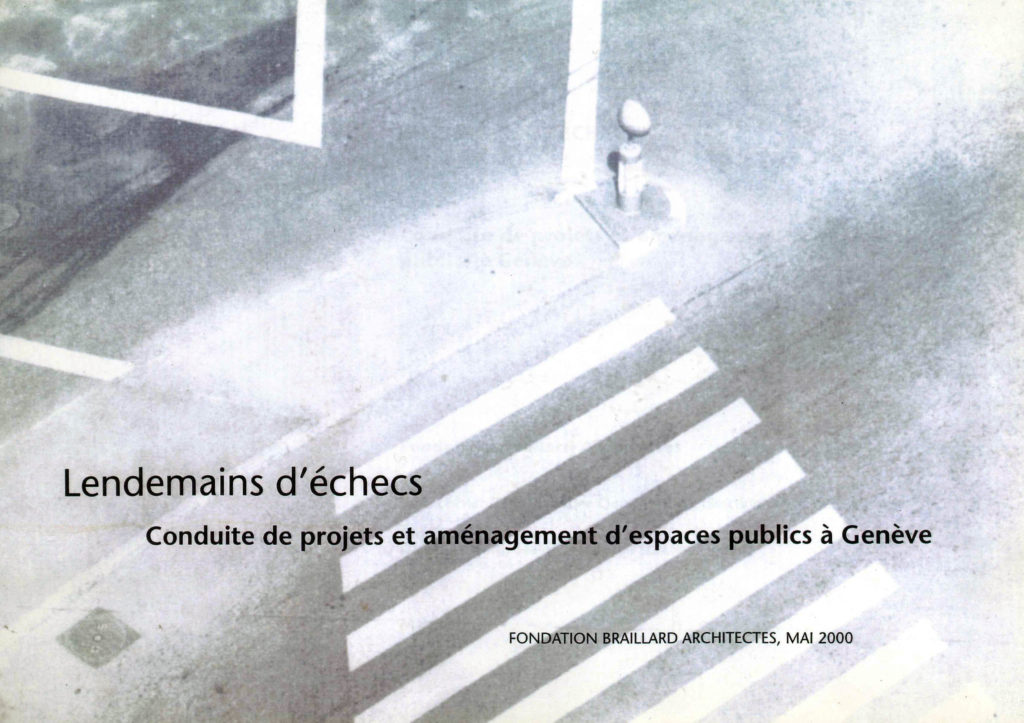